Since the tragic murder of the Batley and Spen MP – Mrs Jo Cox in 2016 – The AMEA have supported her legacy by assisting and donating to some of her local charities.

Donations from the Charity Walk For Peace were made to Batley Food Bank and the Friends of Batley Station.

On 27 June 2017 members of Spen Valley AMEA met the parents of Jo Cox – Gordon and Jean Leadbetter and her sister Kim Leadbetter.  This was at the renaming of Batley Resource Centre which is now named Jo Cox House in her honour. The building is also used as the Salaat Centre of the Spen Valley Majlis.

At the renaming ceremony Mr Arif Ahmad met Gordon, Jean and Kim Leadbetter and presented them with some gifts and flowers.  He also mentioned that Spen Valley Majlis were proud to be offering prayers in a building named after Jo Cox and that they would continue to support her legacy in any way they could. 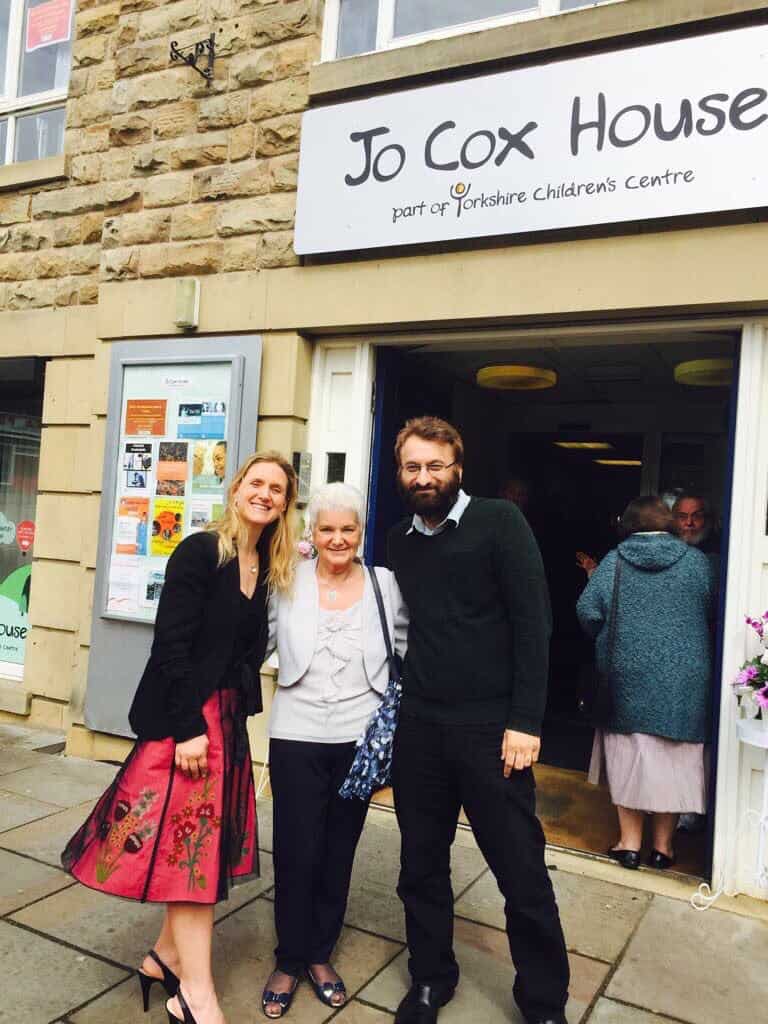 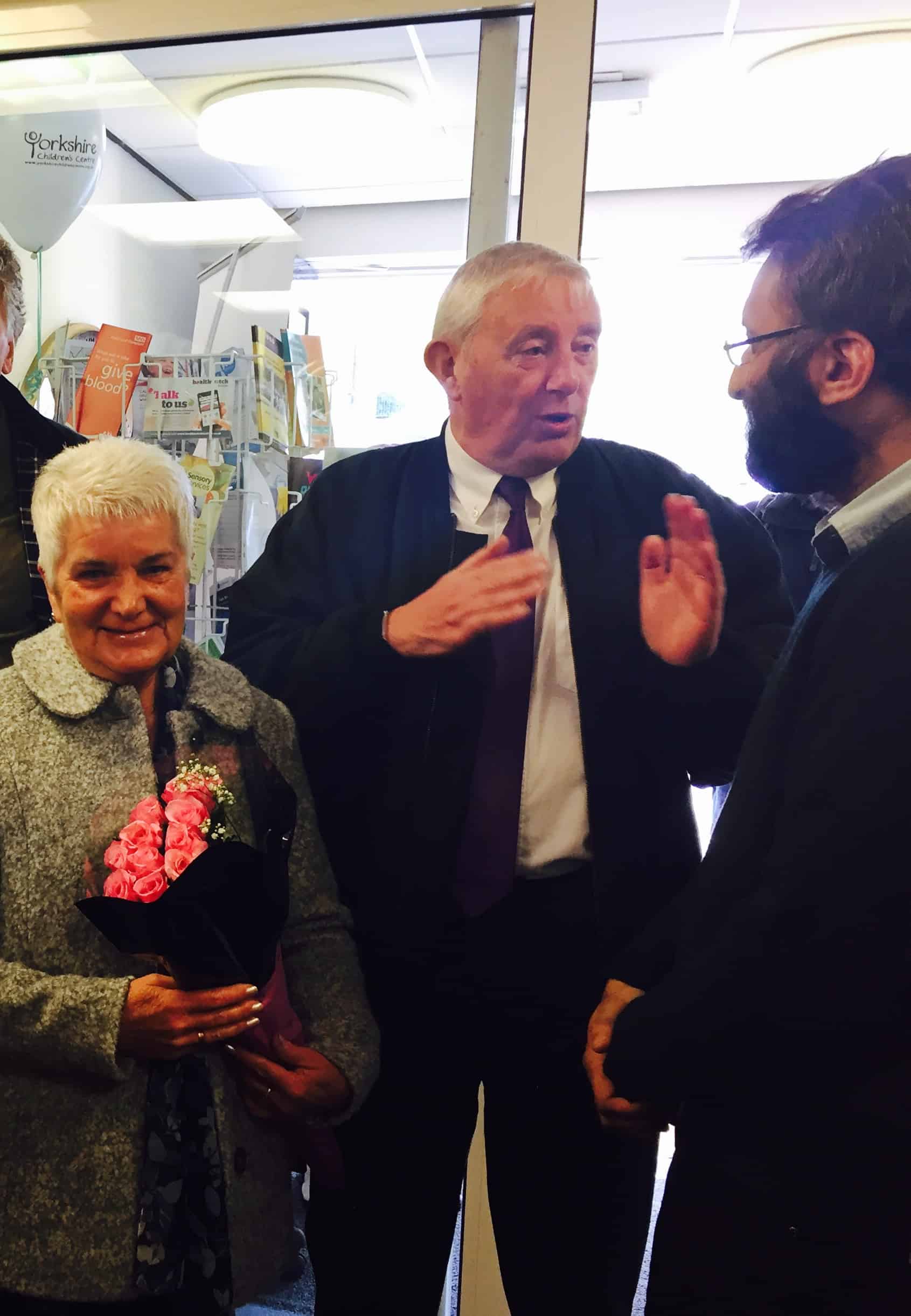 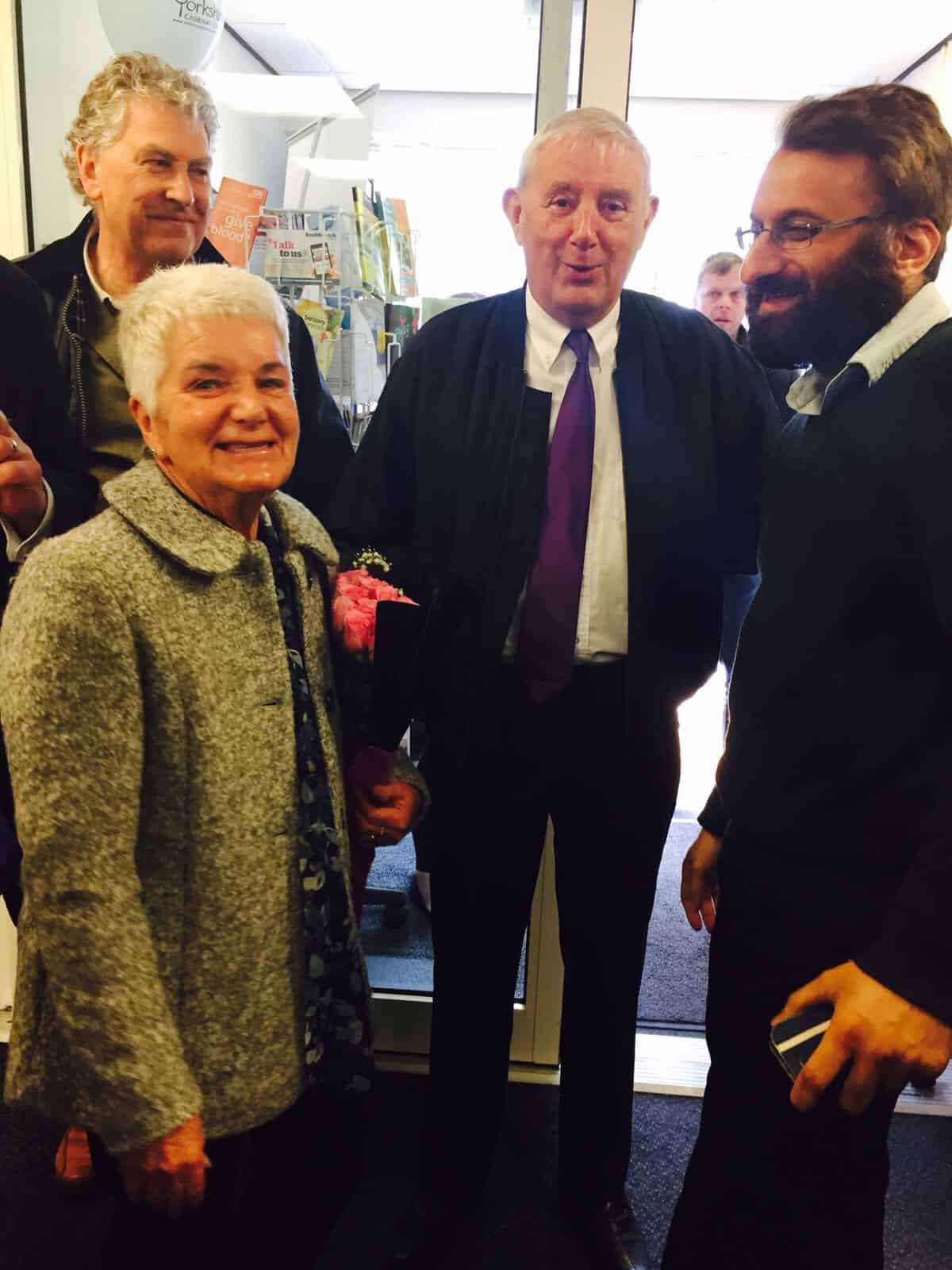 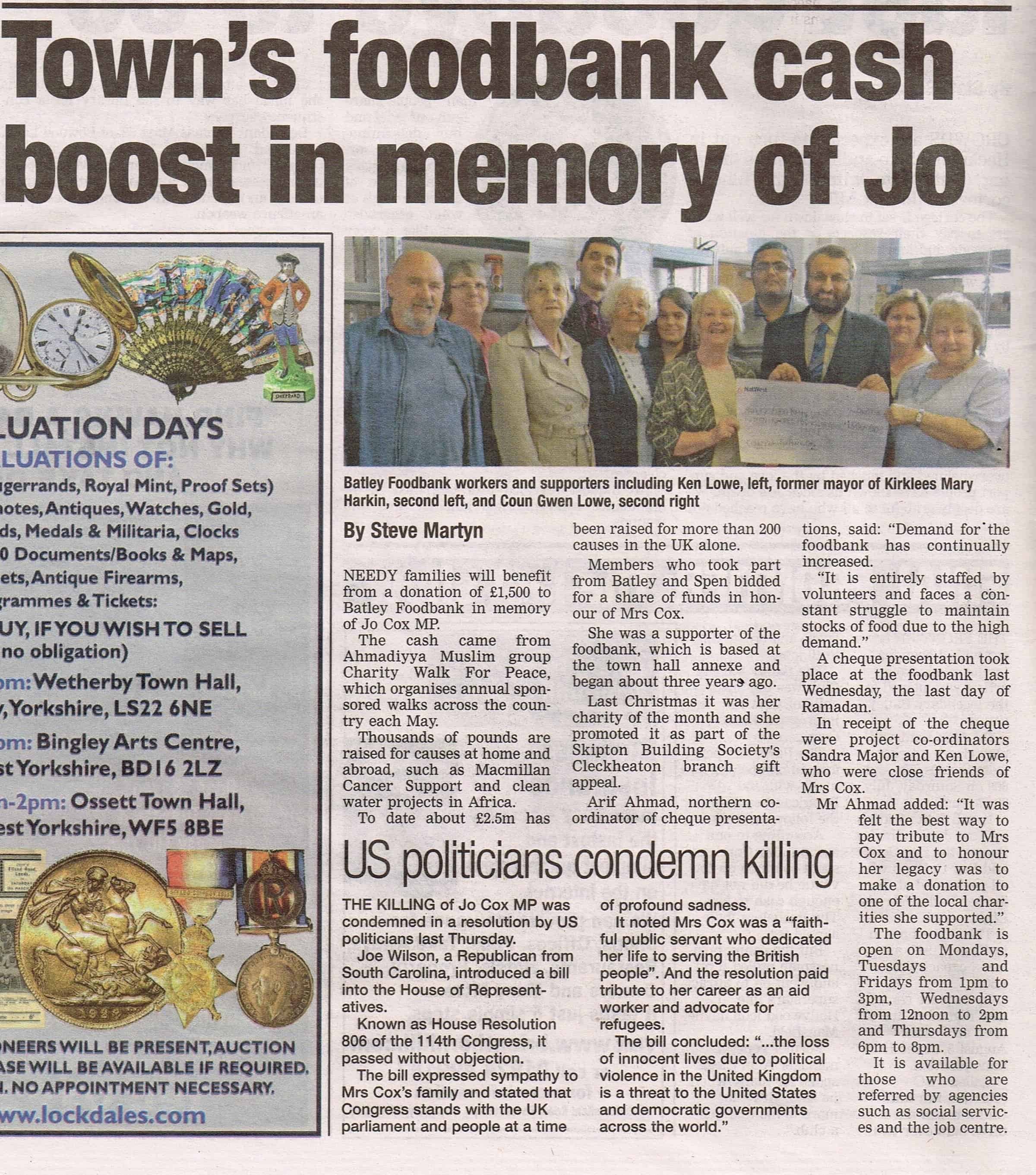 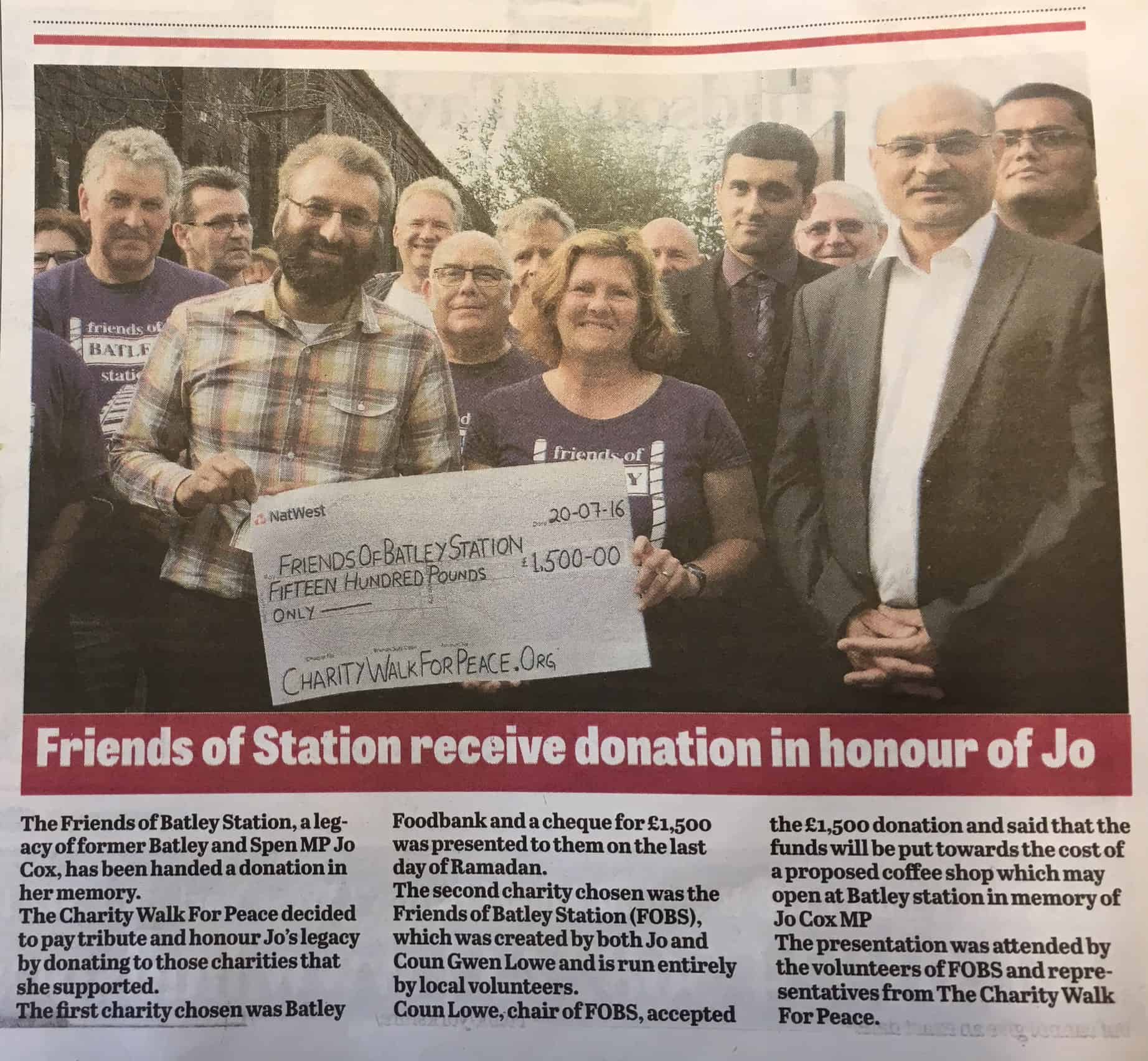 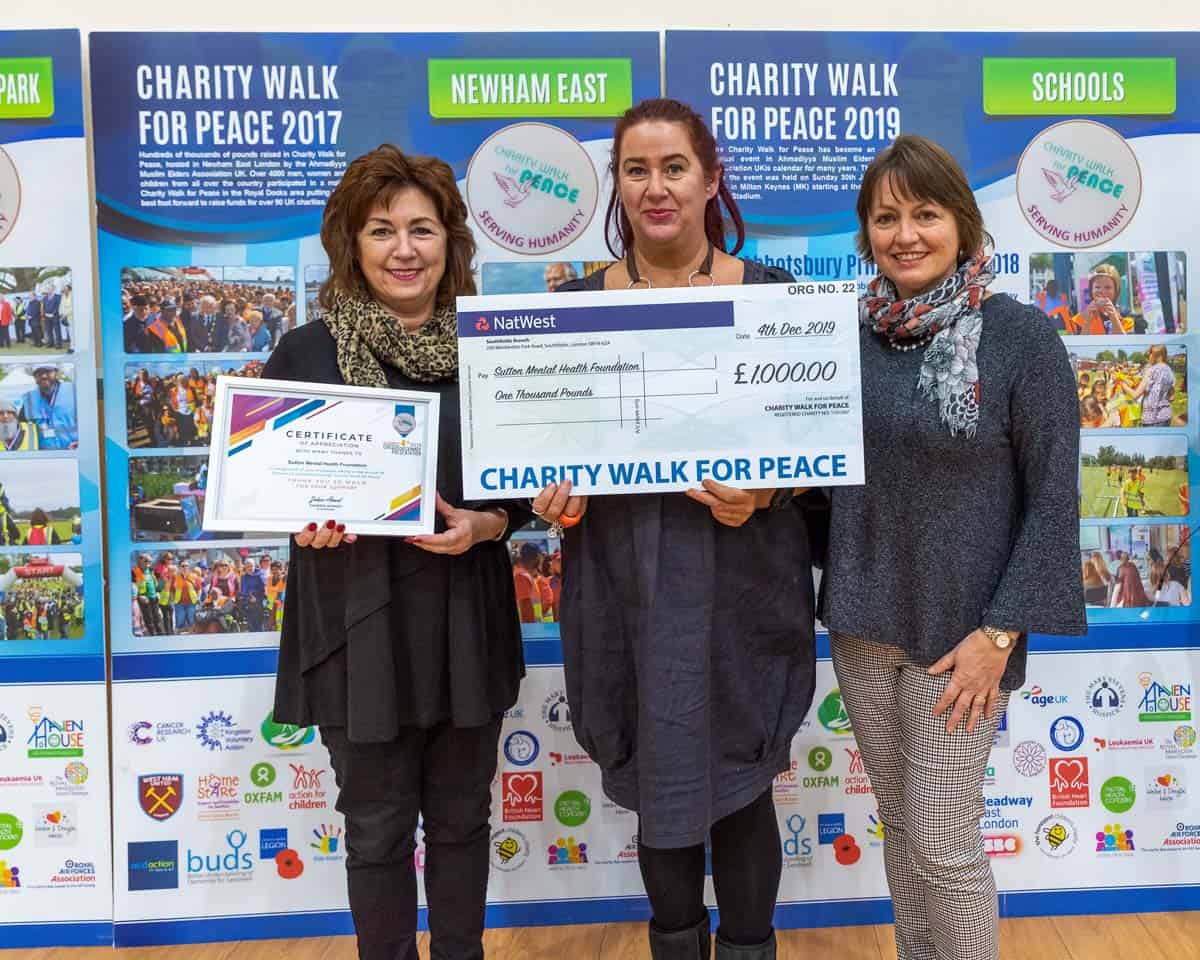 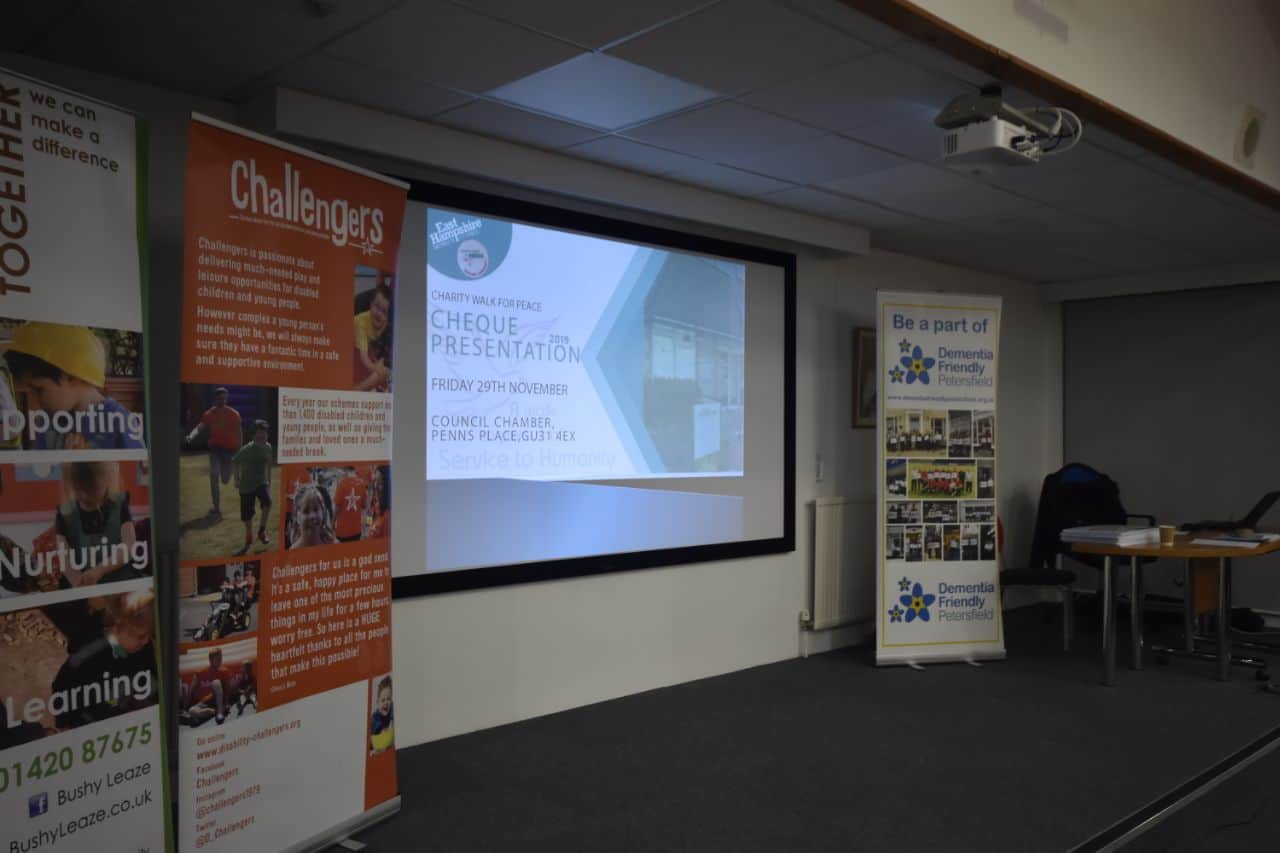