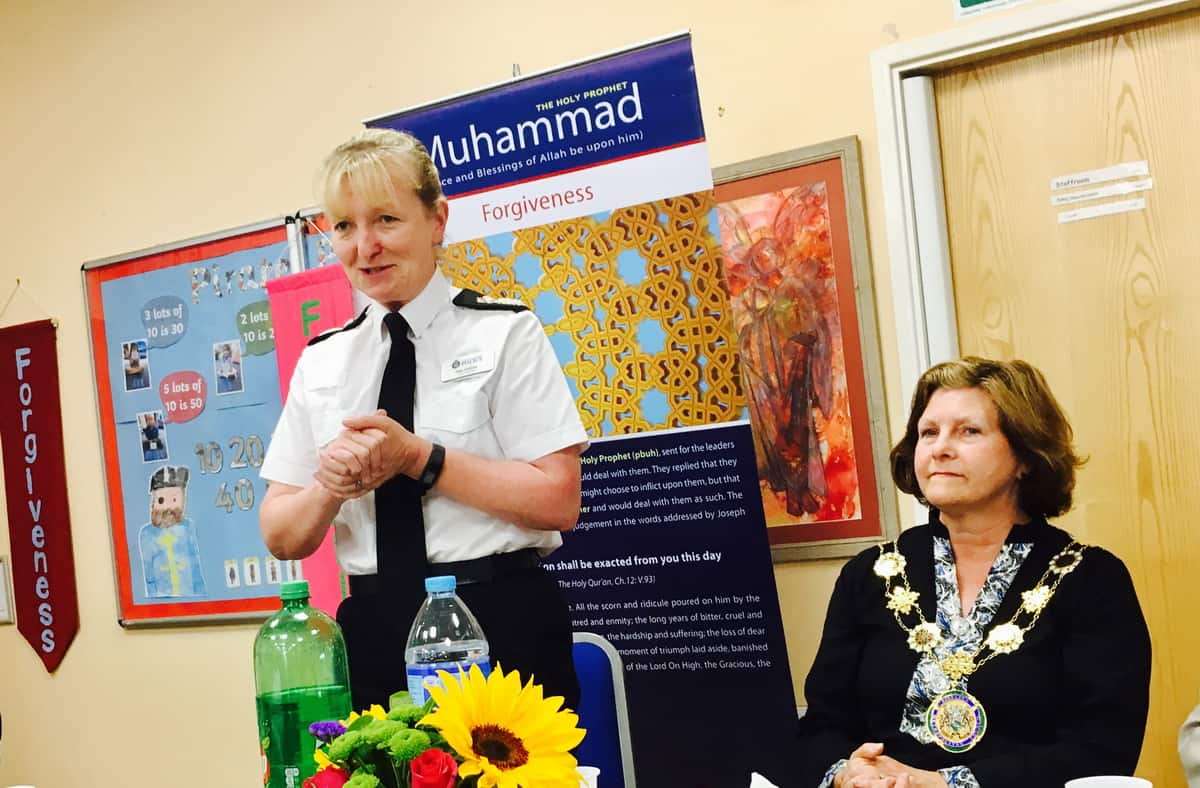 To celebrate the end of Ramadan members of the Dewsbury and Spen Valley Branch of the Ahmadiyya Muslim Elders Association (AMEA) held an Eid Party on 3 July 2017.

Among the guests at the function were the Chief Constable of West Yorkshire – Dee Collins and The Deputy Mayor of Kirklees – Councillor Gwen Lowe.

The function was held at a local school – St Johns Infants School – and attended by approximately 65 guests.  Most of the guests were teachers, charity and community workers and members of local church groups as well as friends of AMEA.

Following an introduction to the work of AMEA by local President Arif Ahmad The Deputy Mayor thanked the Ahmadiyya Community for their world wide humanitarian work and praised them for promoting peace and harmony in society.  In light of the recent terror attacks Chief Constable Dee Collins asked everyone to remain vigilant and to work together to protect each other and the communities that they live in.  She was especially pleased that the Eid Party was being held in a school as she stated that it was children who could learn to work together and help each other so that future generations could stay safe and live peacefully together.

Mrs Lynn Hill, head teacher at St Johns Infants School gave a brief history of the school and stated that she was proud that the school was being used to promote peace in the local community. She thanked members of AMEA for arranging the party which was the third such function in the last few years.

In recognition of the exceptional work done by police in very difficult circumstances  members of AMEA made a donation of £500 to the West Yorkshire Police Benevolent Fund.  The donation was made out of monies raised by the annual Charity Walk for Peace which is organised by the AMEA every year and this year is aiming to raise £750,000.  An English translation of the Holy Quran was also presented as a gift to Chief Constable Dee Collins.

All the guests were treated to a traditional Eid Meal and over dinner they discussed ways in which they could work together in the future.

Mr Arif Ahmad thanked all the guests for attending and said that the AMEA was proud to know and work with so many community minded individuals.